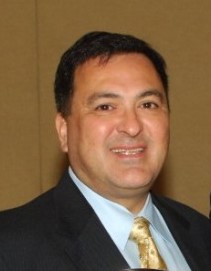 Bob Caudle is the Director of Government Sales for United Rentals, Inc. the largest equipment rental company in the world with over $14.0B in OEC and over 600,000 units of fleet. Bob has been in the equipment rental industry for over twelve years and in his role manages the Federal, State and Local business teams at United Rentals. Bob and his government sales team cover the entire nation, focusing on profitable revenue opportunities from public agency customers and their associated contractors who value the “one-stop shop” value proposition and wide spectrum of United Rentals products and solutions. Bob leverages his vast experience and expertise to forge strong relationships with government agencies, and is well versed in the often complex laws and processes that must be navigated to serve this large customer base. He and his team help these public agencies generate efficiencies and cost savings, while delivering essential services to the general public. Bob served in the US Army for over twenty years and is a graduate of the Command and General Staff College, and possesses several qualifications including Parachutist badge, Air Assault badge, Jungle Expert, and Ranger tab. He is a graduate of the United States Military Academy at West Point, NY and holds a BS degree in Civil Engineering.